As part of a series on the influential, colorful, historic people, places and things along Illinois Route 66, we present…. 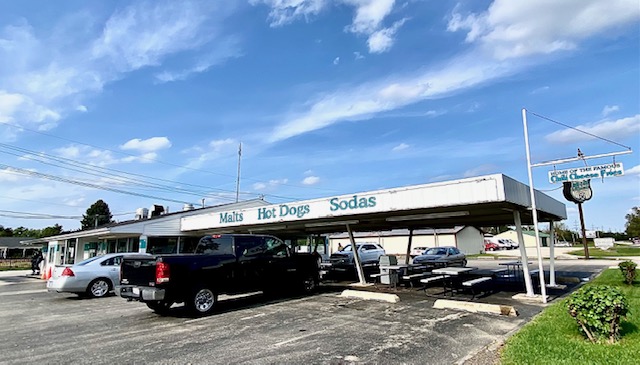 Route 66 Association of Illinois Hall of Fame Class of 2002

In 1956, a man named Chet parked a white bus with polka dots painted on it by the side of Route 66 in Braidwood. He put a kitchen in it, served food from the side windows and Braidwood had its first drive-in restaurant. As time and profit allowed, Chet erected a small building with walk-up windows, then a dining room. 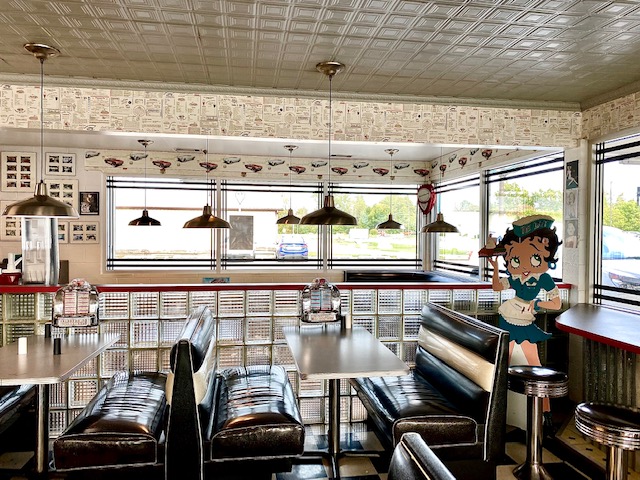 Couples John and Cathy Dixon and Dan and Judy Chinski bought the business in 1972, sold it in 1978, and then bought it again in 1987. They have remodeled it extensively with neon and ‘50s decor from other area businesses. But the walk-up windows are still in use. The restaurant’s original Hamilton Beach mixer is on display. Green River floats and chili-cheese French fries remain as menu favorites. You can even order a Black Cow but you have to know the secret because the words “Black Cow” do not appear on the menu. 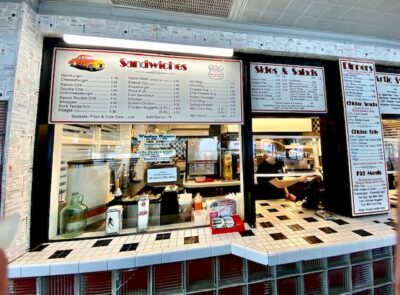 The Dixons and Chiniskis work side by side with their staff. They take pride that many of their young workers have made the honor roll, made valedictorian, and gone on to college. Every day this team show that a family-owned and operated business can still thrive in the day of franchises.

Since the Polk-a-Dot’s induction, they’ve welcomed Elvis and Superman statues ~2016. They’ve added a drive-up window to the establishment. The restaurant is open 11:00 am to 7:00 pm. 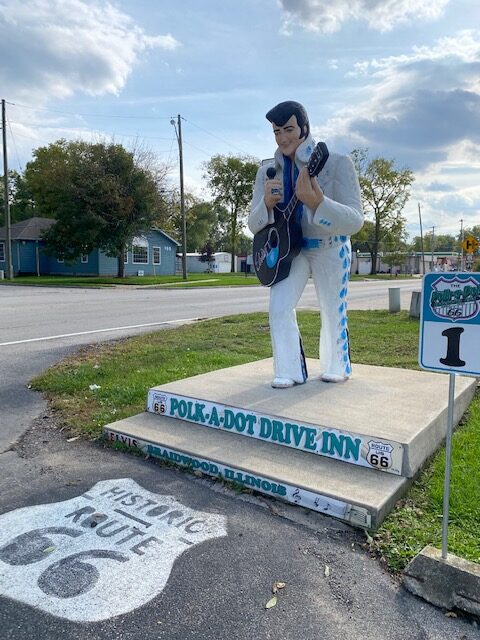 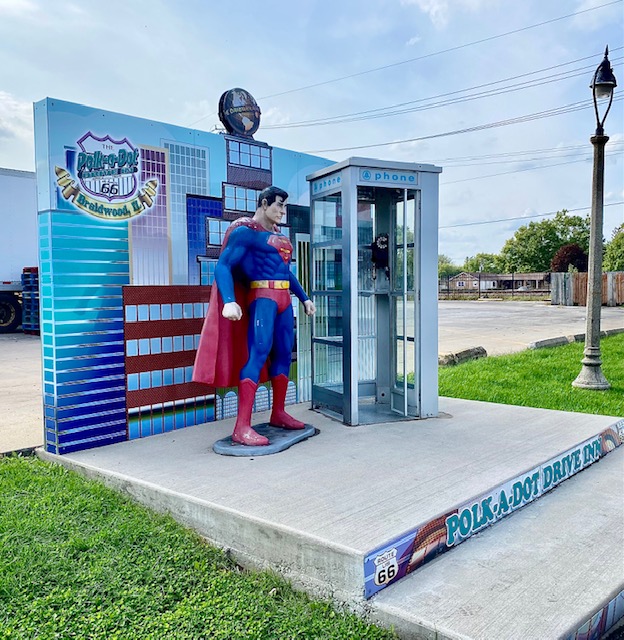