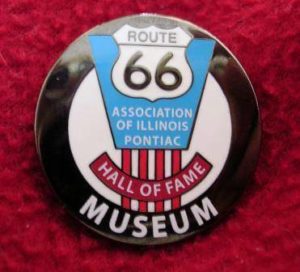 The Route 66 Association of Illinois Hall of Fame recognizes “those people and places along Route 66 whose blend of hardy individualism and grassroots community spirit gave the road such special character.”

To qualify for election to the Hall of Fame, nominees must have made significant contributions to the character or history of the Illinois portion of Route 66 from 1926 to 1977 while it was an official United States highway in the State of Illinois.

Thank you for taking the time to nominate a person or place to the Hall of Fame, that has contributed to the education of others and/or promotion of Rt.66 in Illinois.

General Guidelines for nominating to the Illinois Route 66 Association Hall of Fame:

Anyone may nominate, but self-nomination is not permitted, and those currently on the HoF Committee are not eligible. Induction is considered an honor and there is no absolute right or guarantee of induction. No Association member shall be held liable for not selecting any nominee. All material submitted to the committee shall become property of the Association unless stated otherwise.

Suggested points to include in a nomination to the Illinois Route 66 Association Hall of Fame:

Your application will be judged by comparing your nomination to others who will be presenting similar documents and material.

If a nominee is not selected the nomination is held for two more years and reconsidered each of those years.