Sit back and enjoy a Journey Joe travel adventure. Is Journey Joe a real person? Well, not really. But he’s as real as any nickname, any stage personality, any thought or collection of travel experiences that any roadie might have. The real “Joe” is Joe Razumich, a lover of cars and the open road ever since his childhood, growing up around the corner from a hot rod shop, a busy Broadway, and a railroad track. But really all Real Joe does is drive. And put gas in the tank. And put Mr. Suitcase, Mr. Duffle Bag, Ms. Cooler, Mr. Road Atlas, etc., collectively known as the “Inanimate Objects,” in the trunk or behind the passenger seat. Or, to put it another way, Joe loves to drive. Journey Joe loves to write about it – and take you, Dear Reader, along for the ride.

So what was this road trip’s message to me? Funny how after a few days of thought, it’s  deeper meaning is growing on me, slowly but surely. Of course, the obvious comes first;  the celebration of an icon of my beloved Route 66. Starting from there, and drilling down  into the soul of this journey, I see so many more individual stanzas in lyrics of that song

I heard in the restaurant. Individual experiences, distilled as if in those lyrics, sorting  themselves into an order that forms a living, breathing spirit in and of itself.

This was my fifth trip to Missouri Route 66 in the space of four years, and the only one  of those that did not bring about a mechanical or a medical issue. And then meeting  Susan, the emergency room nurse who treated me two years ago? My “Angel on the  wing.” “Wasn’t for her, I don’t know what I’d have done.”, said Jackson Browne. Magic.  Finally a happy ending!

There’s this feeling of being involved in something bigger than myself while I’m on this  particular road. I’ve felt that on previous trips too. But this time, the involvement was  more than a participation, it was an embrace. It “gave me back something that was  missing in me.” Being a mostly a loner on my journeys, getting a hug is a treat, indeed.  It lifts me up into the stars, if only for just a few seconds.

And then there are the people. Mostly women did I “engage” with at the personal level,  which was a welcome change. Having Lulu traveling with me offered major blessings,  one being the absence of those annoying mommy glares. And the stories! Lulu took me  on a thousand journeys at once with her memories. Driving down the roads, following  the old telephone poles as if each one of had its own story to tell; each of them  representing a star in a night sky that the lofty piano solo of this trip’s theme song  reaches for but can’t slow down long enough (or go fast enough) to fully grasp.

At the Munger Moss epic center of this festival, I met so many ladies and gents who  became more than two-dimensional Facebook posts. Many singular personalities who  have accomplished greatly recognized things for this Route 66 world, but all who were  so nice to me, a relative nobody, just because I was there. Please forgive me for  misrepresenting the names, but there were Kristy’s, Melissa’s, Stephanie’s, Shellee’s,  Ramona’s, Phyllis’s, Cougar’s, Rita’s, Judy’s, Jacqueline’s, Kenny’s, Penny’s, Scotts,  Larry’s and Lulu’s just to get started. Any of you whom I met, who read this story and  listen to the theme song at the end, consider yourself conjured for me, somewhere in  this musical image by Jackson Browne. And I hope I see all of you again someday;  maybe “not good at saying goodbye”, but Au Revoir is the sane thing to do.

On Sunday morning, having breakfast at the Elm Street Eatery, sitting alone in a booth  at 7:00 am in the not yet bustling restaurant, The Theme Song presented itself to me  from the background music system. Route 66 restaurants commonly feature music.  While the song played and Jackson Browne channeled the Muse, everything else in my  world ceased to exist for four minutes and thirty five seconds. The poetry of the piano,  the guitar, and the images in the lyrics tied it all together for me. I hope you can feel it  too, Dear Readers. Route 66, oh how this girl can sing. 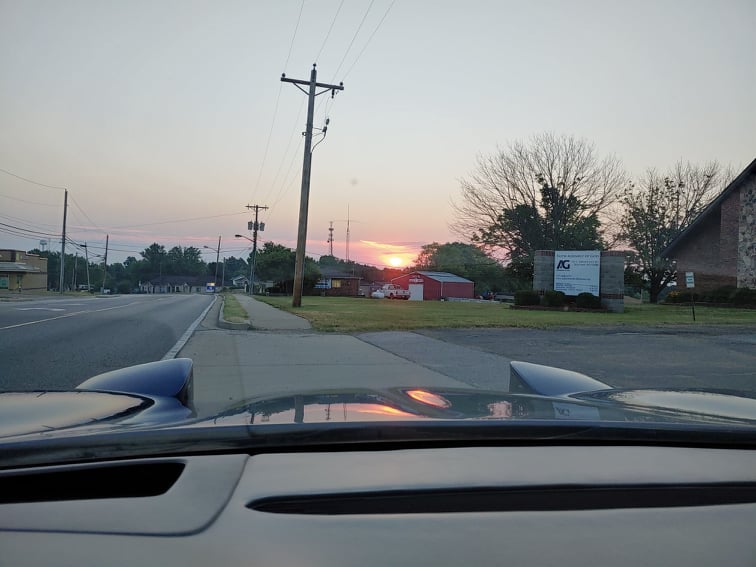 Theme song: That Girl Could Sing

That Girl Could Sing.

She was a friend to me when I needed one
Wasn’t for her, I don’t know what I’d done
She gave me back something that was missing in me
She coulda turned out to be almost anyone
Almost anyone
With the possible exception
Of who I wanted her to be
Running into the midnight
With her clothes whipping in the wind
Reaching into the heart of the darkness
For the tenderness within
Stumblin’ into the lights of the city
And then back in the shadows again
Hanging onto the laughter
That each of us hid our unhappiness in
Talk about celestial bodies
And your angels on the wing
She wasn’t much good at stickin’ around, but
That girl could sing
She could sing
In the dead of night
She could shine a light
On some places that you’ve never been
In that kind of light
You could lose your sight
And believe there was something to win
You could hold her tight
With all your might
But she’d slip through your arms like the wind
And be back in flight
Back into the night
Where you might never see her again
The longer I thought I might find her
The shorter my vision became
Running in circles behind her
And thinking in terms of the blame
But she couldn’t have been any kinder
If she’d come back and tried to explain
She wasn’t much good a saying goodbye, but
That girl could sing

This concludes Joe’s travel journal. We hope you’ve enjoyed the ride! Catch up on the series with previous installments here.