Route 66 Association of Illinois Hall of Fame Class of 1999

Eldon “Casey” Casebeer bought a fruit stand at the corner of North Main and Kelsey in Bloomington in 1949. Soon it became a full-fledged neighborhood grocery. Aware even then of the threat of chain stores, Casey was always looking for the competitive edge. He was the first area business besides Dairy Queen to sell soft serve ice cream. Fruit baskets and other produce became a specialty. At Christmas time, he sold trees and giant red bows. And as other mom and pop stores were closing down, he became the city’s first 24-hour grocery store.

The flower business started simply. Customers admired the store’s rose bushes so much that employees cut the flowers off and sold them. In the early 1960s, Casey bought a lot behind the store and opened a seasonal garden shop. In 1968, he sold the grocery so he could focus on the garden shop as a year-round business. 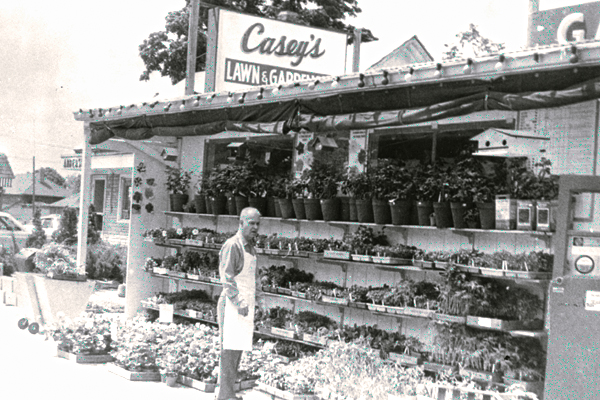 Casey’s daughter Alice Jayne and her husband, Ray Lartz worked with Casey for many years. In 1972, a few months before Casey’s death, they bought the store from him. They operated the business with their son, Casey Lartz. 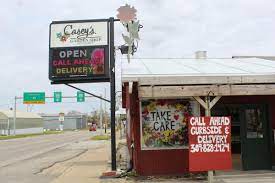 In 2021, Casey’s was purchased by longtime employee Kelsey Grindle.

Casey’s Garden Shop and Florist, as the business is called today, will be a passport stop on our 2021 Motor Tour. We hope you’ll stop by and say hello to the fine folks at Casey’s and pick up something beautiful and blooming from Bloomington!