Under the direction of Collins Miller and former U.S. Congressman Tom Ewing, work on the historic Strevell house has reached a new stage. The Strevell house, located on Livingston Street in Pontiac, Illinois, is the last remaining structure in Livingston County known to have welcomed Abraham Lincoln. The ongoing project to restore this historic structure is under the aegis of the Livingston County Historical Society. 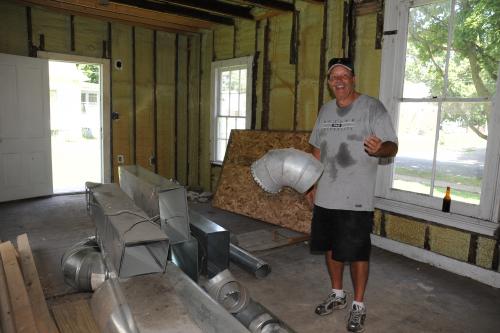 The house was built in 1854 in the Carpenter Gothic Style. Jason W. Strevell was born in New York of Dutch stock, was admitted to the bar in 1855, and “came west” to Illinois that year. In 1856, Strevell opened a law practice in Pontiac, which brought him into contact with another young lawyer named Abraham Lincoln. Strevell was elected to the city’s board of trustees when Pontiac was incorporated as a village Feb. 12, 1856, and was part of the state’s Republican convention that gave Lincoln the presidential nomination in 1860. Strevell later served two terms in the lower house of the Illinois legislature, and one term in the upper house. In January of 1860, a few months before Lincoln was nominated for the nation’s top political office, Lincoln came to Pontiac to give a speech before the Pontiac Young Men’s Literary Society. The speech, given at the Presbyterian Church in Pontiac, was only moderately successful as Lincoln avoided talking about the major political issues of the day, and instead spoke on the history of man’s inventiveness. According to contemporary newspaper accounts, his listeners were disappointed that Lincoln did not address at all the issue of slavery – a topic loaded with political minefields in the years and months prior to the start of the American Civil War. 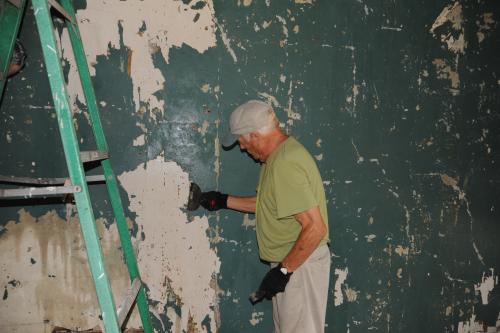 Local history sources state that after his speech Lincoln retired to Strevell’s home for a small reception and to wait for the early morning, southbound Chicago & Alton train. After the guests had left, Strevell and Lincoln discussed the future, for the nation and each man personally. Months later, after Lincoln won the election, and sworn in as President, he invited Strevell and his wife to visit him in the White House. The couple, unfortunately, was unable to make the trip to Washington. In 1879, Strevell left Pontiac and resettled in Miles City, Montana, where he again became an important personage in local politics and law.

In 2008, when the Strevell home was threatened with demolition, a group of concerned citizens banded together to purchase the home, which was then acquired by the Livingston County Histosrical Society, who now oversees the restoration. The Strevell house project is entirely funded by private donations, and through the sale of memorial bricks which make up the front walkway to the house. According to Tom Ewing, “the project as raised a little over $78,000 to this point, and we have spent most of that repairing foundations, adding a new roof, and the complete restoration of the exterior. We are now beginning the process of rehabilitation on the interior.” According to the Historical Society’s plan, entry hall and front parlor, will be restored to represent how the rooms might have looked in the late 1850s when Lincoln visited for the last time. An adjoining room will be used for local history displays and small community-oriented history events.