On July 3, 2010, the Preservation committee held a very special picinc at the Standard Oil Station in Odell, IL in honor of a very special lady, Lenore Weiss. 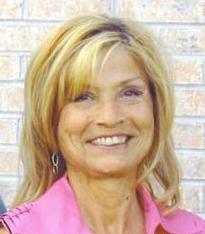 Lenore was a dear friend of Route 66 in general, our Association in particular and of many of our members. She passed away earlier this year and in her honor, the Preservation committee decided that a memorial to her dedication to Route 66 was in order.

After a tasty picnic lunch consisting of burgers, hot dogs and an assortment of side dishes and desserts contributed by the attendees, a brief ceremony was held. In Lenore’s honor, a pear tree was planted on the property of this, our Association’s flagship preservation project, the Odell Standard Oil Station. Lenore rolled up her sleeves along with the other preservationists to bring this treasure of the Mother Road back to its former glory. That’s why this particular location for the picnic and dedication was so fitting to her memory.

There were fond memories recounted and tears shed as her husband John and several friends spoke about Lenore, thanking the committee for their dedication which in itself honors her memory.

Route 66 is all about the people and the relationships forged along the Mother Road. This day was a fitting tribute to the comaraderie felt by those who are the her guardians, preservationists and historians.

Thank you, Lenore, for bringing us all together in this worthy cause.