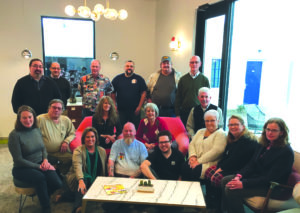 The Road Ahead Partnership is looking out for the future of Route 66. The annual meeting of their Board of Directors was held on February 22 and 23 in Albuquerque, New Mexico.

Read the official press release of the results and findings of that meeting in this report.

We are sorry to report that Dee Pincsak passed away the afternoon of Sunday, February 17.

Dee and her husband Gene are At-Large Board members of our Association. A memorial service will be held at a future date.

We are saddened to report…

One of our association’s most active preservation workers, Mike Cummings has passed away. He died from a blood clot on December 30th. This was as a result of an icy fall he had just after Thanksgiving. He had an operation to repair a broken bone due to the fall. He was recuperating at home. 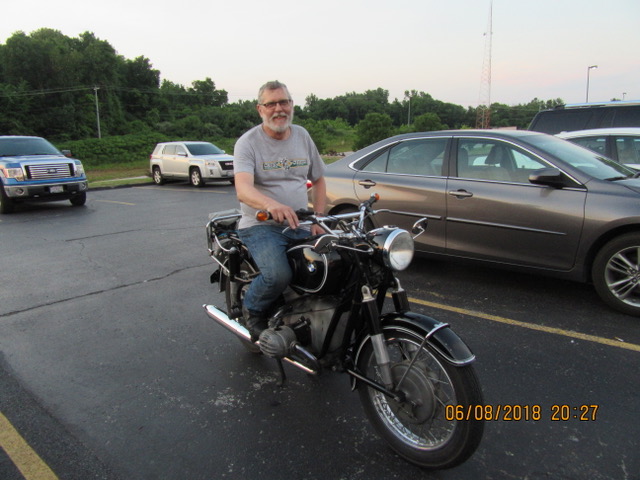 Here are some comments from Association members whose lives were touched by Mike:

Mike paid for, built and directed the assembly of the motorcycle case at the Odell station. (He also prepared the motorcycle for display). He designed, donated and paid for all the awards for the charity cancer fundraiser car show at Odell. He was part of our painting crew at the Mill in August (see page 26 of the current 66 News). He was part of most preservation projects, large and small for many years.

There are no words…

Years ago Marty (Blitstein) met Mike Cummings at Delmar’s Restaurant in Blue Island eating French Toast wearing a 66 t-shirt. Marty went over to talk with him and gave him his card. They ended up having breakfast together and Marty gave him a membership application and a newsletter. They continued to meet and have breakfast as Del Mar’s was “Mike’s” place. Both their jobs changed but through 66 they stayed in touch. Mike would hand deliver his dues to Marty every year.

Mike came down to the museum, and went out west to meet Bob Waldmire and spent time on the bus with him. Mike is one of the few people that actually stayed with Bob and lived on his bus. Bob painted the whole interior of Mike’s Mustang engine compartment for him.

When Mike was in a horrible car accident out west, the Mustang was totaled. None of Bob’s artwork on the interior of the engine compartment was damaged and the car was shipped back to him. Mike saved it for his Waldmire collection that he started after meeting Bob.

Mike was a generous, good natured man who survived a lot of accidents and surgeries. He loved his bikes and would visit at Pontiac and then say “Got to go it’s just a beautiful day to ride.” Mike was an excellent photographer and had a series of photos of sunsets out west on Route 66 that were spectacular that he shared with us a couple of months ago.

We have lost an amazing, generous soul.

Oh my gosh! This is so sad – condolences to everyone. He just repainted the sails at the Mill with John and John this summer. 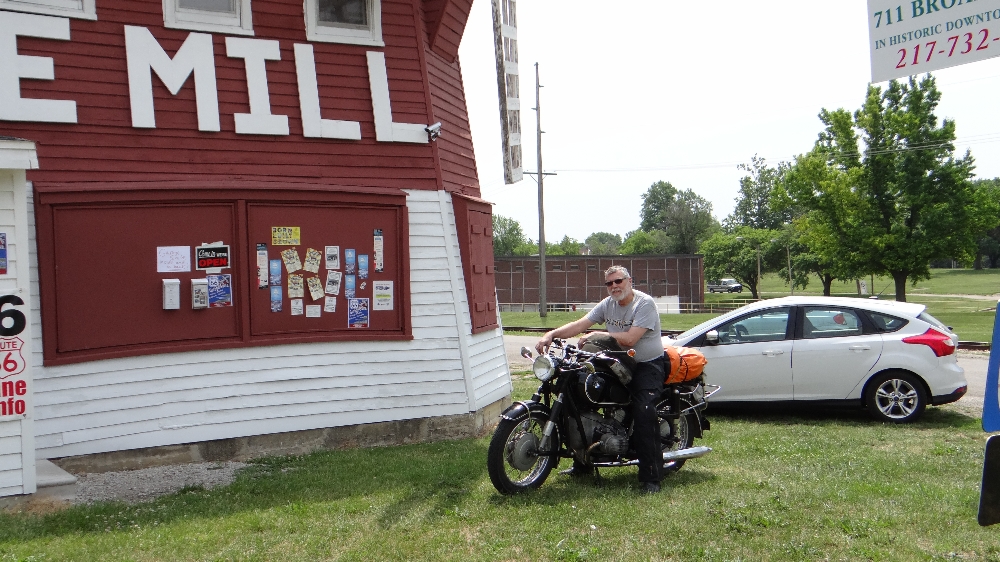 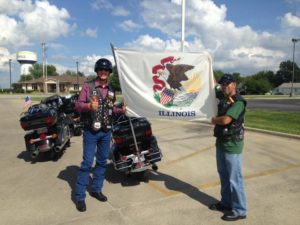 Governor Rauner is planning a motorcycle ride down Route 66 on Sunday August 26! He plans is to stop at the Route 66 Association of Illinois Hall of Fame and Museum in Pontiac, Illinois around 10:00 A.M.

Register to participate in the ride at: 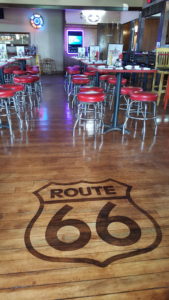 Fabulous news about the future of Route 66! The U.S. House of Representatives passed the Route 66 Centennial Commission Act on July 16, 2018. The Act’s purpose is to honor Route 66 on its centennial in 2026.

Read a complete account of this decision on Route 66 News. 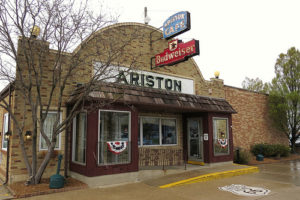 Interesting news about one of our Hall of Famers, the iconic Ariston Cafe in Litchfield, IL. After being operated for over 90 years by the same family, Nick and Demi Adam have sold the establishment to new owners, Marty and Kara Steffens. The Adams’ last day operating the restaurant will be June 30.

Read all about this historic changing of hands on Ron Warnick’s site, Route 66 News. 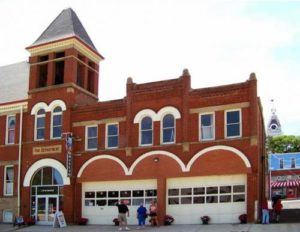 The Route 66 Association of Illinois Hall of Fame and Museum in Pontiac, Illinois will be closed on Sunday, April 1 in observance of Easter Day.

We hope to welcome you to our FREE museum and take you back in Route 66 time!

President Cathie Stevanovich and Museum Curator John Wille were thrilled to be the recipients of a very special gift at the Winter Quarterly Association Meeting. Tully Garrett and Holly Higgins Barker, the new owners of the Launching Pad in Wilmington, IL,  presented our Association with  a replica of the Gemini Giant to be displayed at the Route 66 Association Hall of Fame and Museum.