We are saddened to report the loss of a dear friend of the Association.
Martin Joseph Bilecki Sr., 86, of Morris, passed away Monday, June 29, 2020 in LaSalle County, Illinois. He was born July 4, 1933 in Chicago, IL, the son of the late Albert and Marie (Rzepnicki) Bilecki. Marty proudly served his country as a Military Policeman with the United States Army, stationed in Germany from 1953-55. He married Geraldine Miller on May 19, 1957. After his 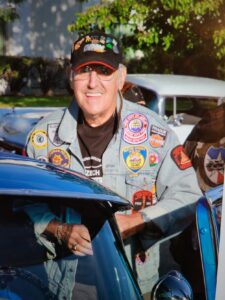 honorable discharge from the Army, he became a police officer with the Chicago Police Department in 1957, retiring from CPD in 1986. He then went on to serve as Chief of Police in the Silver Lake, Wisconsin Police Department in 1986, retiring in 1991. Martin was a long-time member and President of the Polish American Police Association (PAPA). He was an avid lover of 50’s music, classic cars and Route 66. He is survived by his wife, Geraldine; children: Mary Ellen (Jim) Naumczik, Margaret (Steve) Pawlowski, Michael (Joanne) Bilecki; grandchildren: Jeremy and Emily Bilecki. He was a loving uncle to many nieces and nephews.
Martin is preceded in death by his parents; son, Martin J. Bilecki, Jr.; siblings: Alphonse (Joan) Bilecki, Retired CPD; Sr. Lydia Bilecki, SSJ, and Jean (Ronald) Fiala. Private services will be held for Marty with military honors held outside the funeral home. He will be laid to rest next to his son at Resurrection Cemetery in Justice, IL. A Celebration of Marty’s Life will be held at a later date. As Marty would say “Keep Kruzin.” When considering memorial contributions, Marty was a proud supporter of Honor Flight Chicago, 9701 W. Higgins, Suite 310, Rosemont, IL 60018. An online guestbook has been made for the family, where you may sign the guestbook, share memories and photographs. You can access this by visiting the website at www.ucdaviscallahan.com. Arrangements have been entrusted with U.C. Davis-Callahan Funeral Home, 301 W. Washington Street, Morris, IL.